Ultimate Travel Guide to the Island of Ikaria 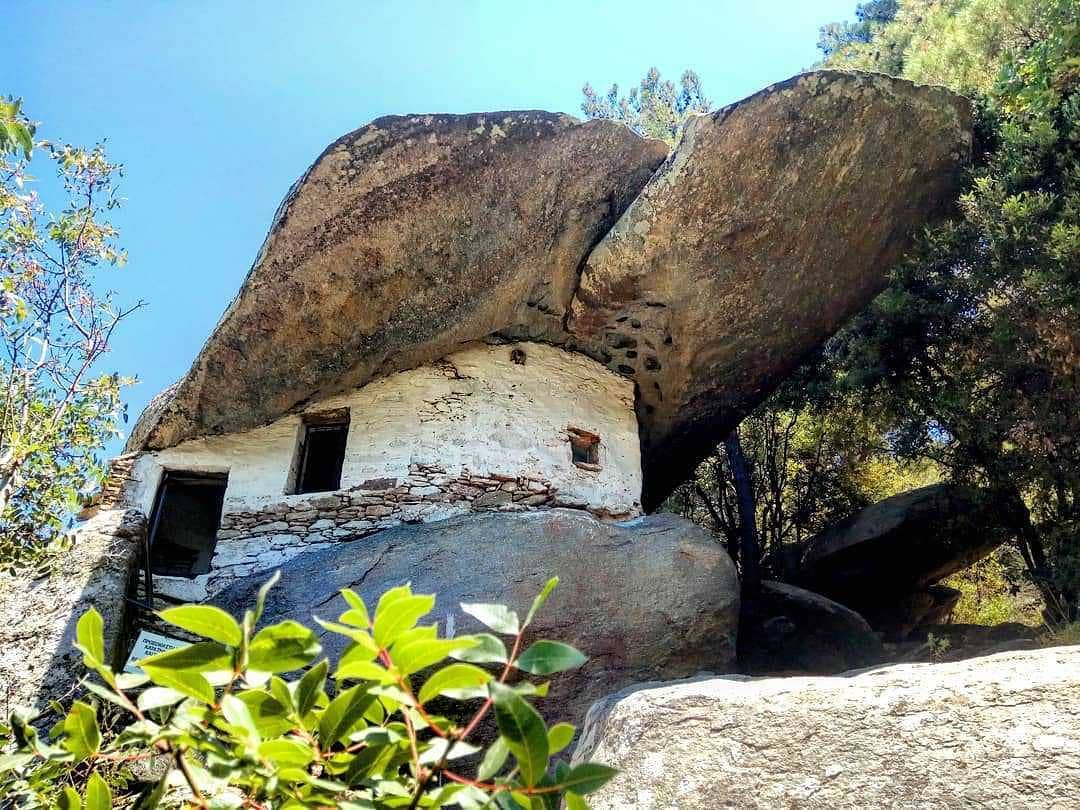 Said to be the place where the tragic hero of Greek mythology Icarus landed after his wax wings melted, this distinctive island in the northeastern Aegean Sea is a beautiful and fascinating place to visit. Also known as the birthplace of Dionysus, the Greek god of wine, Ikaria is famous for its packed schedule of summer festivals featuring local food, traditional dancing and plenty of wine.

In contrast to many other Greek islands, Ikaria’s terrain is largely undeveloped and untamed. With little space devoted to agriculture, the Ikarian landscape includes vast tree-lined gorges; barren, rocky cliffs and hidden coves with sparkling turquoise waters. This mountainous island is bisected by the Atheras range, with most of its villages clustered along the coastline.

Fewer than 10,000 people make their year-round home on this nearly 100-square-mile island, but the population is famed for its longevity; Ikaria is one of five worldwide “Blue Zones” in which at least one-third of inhabitants survive into their 90s and beyond. Studies have attributed Ikarians’ long lives to several factors, including diet, lifestyle and genetics.

While a short holiday on the island won’t necessarily help extend your life, it can definitely slow down time for a few days as you enjoy the laid-back culture, delicious Mediterranean cuisine and delightful climate of Ikaria.

The summer months are peak travel season in the Mediterranean, and while you’ll encounter larger crowds on the island, you’ll also have full access to shopping, dining and lodging options, many of which shut down for several months during the winter slow season.

If your goal is to get as much beach time as possible, wait until at least June to visit; while May temperatures are typically mild, the waters of the Aegean Sea will still be cold, and weather can occasionally be too chilly for sunbathing. The island also feels some of the cooling effects of the Meltemi winds, which aren’t as strong on Ikaria as they are in the Cyclades but are enough to help mitigate the heat of the summer sun.

Summer on Ikaria also brings the Panagiria: traditional village-wide feast days to honor the saints and other religious milestones. During these celebrations, the whole town turns out for traditional food, music, dancing and wine, with the massive street parties lasting well into the night. Festival season begins in May and runs through November, with most of the celebrations concentrated in July and August.

If you opt to visit in September or October, the weather will still be pleasantly warm, but expect to encounter more frequent rain showers during your stay.

Despite its relative remoteness, there are several options for getting to Ikaria:

Places to Stay in Ikaria

How Long to Stay in Ikaria

Given its remote nature and relatively small size, activities on Ikaria are limited, so if you’re the kind of traveler who loves constantly exploring and seeing new things, you’ll probably want to stay four or five days before hopping to another island or visiting the mainland. However, if you’re simply looking for a peaceful place to relax and decompress in a stunning natural setting, you could easily spend a week or more here.

Things to Do on Ikaria

Ikaria is relatively small and remote, so tourist attractions and organized activities are somewhat limited, but the island is anything but boring. Its lovely beaches, unspoiled landscape and quaint villages will give you plenty of opportunities for exploration and relaxation during your stay.

This capital city and main port on Ikaria’s southeast coast is home to just under 2,000 residents, many of whom are employed in the hospitality and fishing industries. Founded by sailors three centuries ago, the picturesque town is built around a central square filled with shops and tavernas. Two- and three-story neoclassical homes rise above the narrow streets, while blooms of flowers add splashes of color to balconies and terraces. Most of the island’s bars, clubs and other nightlife are anchored here.

The island’s other port is located in Evdilos, a fishing village built in the mid-19th century after the threat of pirates in the region had subsided. With a population of just 500 people, the village stands out for its neoclassical aesthetic and flourishing gardens. This popular resort town also features an abundance of hotels, villas, cafés and fish taverns.

This rugged region about 30 miles northwest of Agios Kirykos is a well-known destination for hikers, with an extensive network of paths and bridges that lead trekkers past small lakes, rivers and waterfalls.

Soak in the Hot Springs of Therma

Just outside the capital, Therma is a centuries-old destination for locals and tourists seeking the therapeutic comfort of the natural hot springs. The site consists of three main geothermal springs, said to have curative power to soothe aches and pains and melt away stress, and you can still see the ruins of the marble spa where ancient Greek inhabitants immersed themselves in the healing waters thousands of years prior.

Ikaria’s most popular and memorable beaches include Seychelles, Nas and Livadi. Just a mile outside Maganitis, the vivid blue waters, polished marble pebbles and sea caves of Seychelles are reminiscent of the African island nation of the same name. Nudist-friendly Nas beach is about 2 miles west of Armenistis, and nearby Livadi beach features fine sand and a small island in the middle of the bay to challenge ambitious swimmers.

Based in Messakti beach on the island’s north end, Ikaria Surf School offers lessons in surfing and stand-up paddleboarding for all experience levels as well as yoga and Brazilian Ju-Jitsu classes.

Raise a Glass at Afianes Winery

Perched on a hilltop above Hristos Rahes, this modest family-owned winery has made its mark in the industry, garnering honors in several European competitions. Visitors can tour the operation, schedule a wine-tasting and pore over the vintage wine presses and antique wedding dresses on exhibit at the facility.

The ruins of this ancient Roman theater in Kampos date back to the first century A.D., when it served as a cultural center of the island as well as a location for military, civil and religious events.

Visit the Archaeological Museum of Kampos

Carve out a bit of time for this tiny one-room museum, which offers visitors a closer look at sculptural remains, ancient vases, Neolithic tools and other artifacts from centuries past.

While most of the island’s three dozen known caves are inaccessible or unsafe for tourists, a few are available for tours, including the stalagmite-lines Raos Houtra on the island’s north end.

Places to Eat in Ikaria

Ikaria is home to a few dozen restaurants and tavernas, most of which are concentrated in the larger towns, although smaller villages typically have at least a taverna or two if you find yourself in need of sustenance while sightseeing.

Indulge in the tempting breakfast offerings at Ambariza Bistro in Agios Kirykos, which include house-made granola, indulgent pancake platters topped with nuts, chocolate or cheesecake and strapatsada, a traditional Greek dish made with eggs and tomatoes. High-quality coffee and exotic tea varieties will help you start your day on the right note.

Stop by Ma’Mu Souvlaki and More in Hristos Rahes for generous portions of classic Greek favorites such as gyros and souvlaki as well as hamburgers, zucchini fries and other street fare. Wash it all down with an ice-cold Ikariotissa beer as you chat with the friendly owners.

With an eclectic menu of Greek, international and vegan dishes, Marymary in Armenistis village is sure to please every member of your party. Start your meal with a traditional appetizer like fava, goat cheese or tzatziki with freshly-baked pita; for your main course, offerings include a wide variety of pasta dishes, grilled chicken and seafood and hearty meat stews.

As you step off the ferry at the port in Armenistis, be sure to stop by Grand Mam’s Recipes to start your vacation on a sweet note. This no-frills bakery is known throughout the island for its cakes, pastries and homemade ice cream as well as the classic Greek spinach pie. You can also meet the family goats, which provide the milk for many of the shop’s delectable treats.

Unlike some of its more glamorous distant neighbors in the Aegean Sea—I’m looking at you, Mykonos and Santorini—Ikaria has a rustic, laid-back vibe that matches its pebbled beaches and rugged landscape. If you enjoy venturing off the beaten path and prefer peaceful small towns to glitzy beach resorts, Ikaria is the Greek island for you.