Ultimate Travel Guide to the Island of Skyros 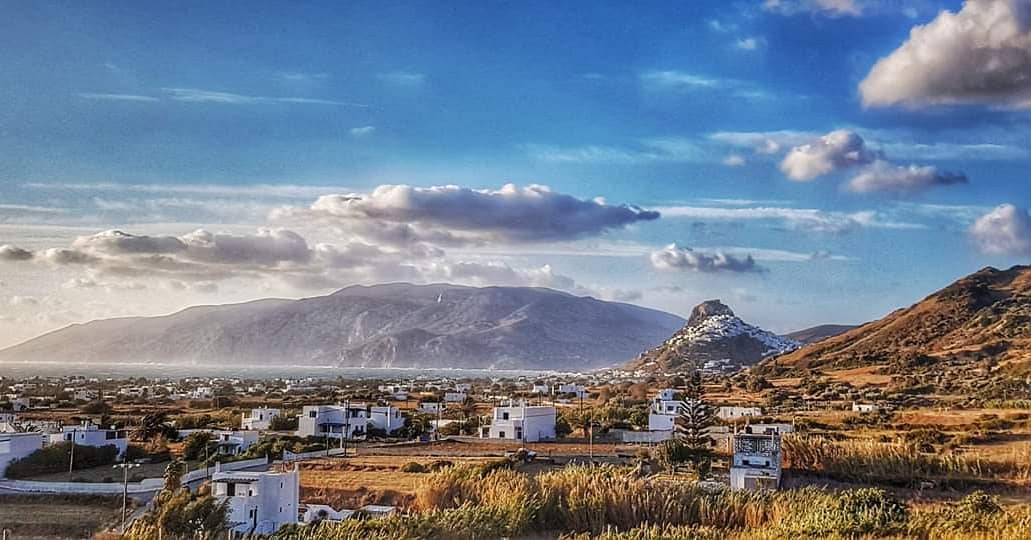 As vacation destinations go, the island of Skyros tends to fly largely under the radar, with many fewer visitors each year than some of the more well-known Greek islands. But what this remote, sparsely-populated island lacks in crowds, it makes up for in the areas of charm, history and hospitality.

Located in the Aegean Sea, Skyros is the largest and remotest member of the Sporades chain; around 3,000 residents call the 86 square-mile island their year-round home. Because it has not experienced the same tourism boom as its northern neighbors, the island has preserved much of its centuries-old culture and traditions. Villagers know their neighbors and come together for weddings, festivals and other celebrations in the town square, and many don’t even bother locking the doors to their whitewashed cubic homes.

The southern half of the island is largely barren, with few tourist attractions apart from the tomb of famed British poet Rupert Brooke, which sits in a peaceful olive grove and is inscribed with Brooke’s most famous sonnet, “The Soldier.”

By contrast, northern Skyros contains the island’s largest villages, including capital city Skyros town (alternately called Chora), as well as most of its hotels, restaurants and museums. The beaches are stunning and secluded—ideal for visitors seeking a tranquil, private refuge from fast-paced daily life. History buffs should plan a visit to the archaeological museum, where artifacts from recent excavations of an early Bronze Age settlement are on display. Active tourists have plenty of options for recreation, including diving, windsurfing, fishing, hiking and more.

As with most of the other Greek islands, the best time to visit Skyros is late spring through early fall, when the weather is ideal for swimming, sunbathing and exploring the island. The island generally gets little rain, with most of its annual precipitation falling in the winter months. The weather in July and August tends to be hot and humid, but the strong northern winds that blow across the island provide a welcome cooling effect.

Summer is also the busiest season for tourism in Skyros, which means resorts, hotels, restaurants and other attractions will be open and ready for business; some close for the season in late October or early November and don’t reopen until April or May. However, because Skyros is still relatively undiscovered by international travelers, crowds are manageable even during peak season.

Skyros operates a small airport about two miles north of Skyros town, which receives only domestic flights from Athens and Thessaloniki. No charter flights or direct international flights provide service to Skyros.

Ferries to Skyros are surprisingly limited, departing only from the tiny port town of Kymi on the east coast of Euboea island. KTEL buses run daily from Athens to Kymi via Chalki; travelers can then catch the ferry operated by Skyros Shipping Company to reach Skyros. Ferries run several times daily during high season, and the trip takes about 90 minutes.

Places to Stay in Skyros

How Long to Stay in Skyros

Though Skyros is somewhat remote and relatively undiscovered, it offers plenty of opportunities for recreation, entertainment and relaxation. Give yourself at least a couple of days to explore Skyros town and the other villages and a few more for relaxing on the beach, sailing around the island and diving in the crystal-clear waters of the Aegean.

For a small island, Skyros has a well-organized public transportation system. Routes originate from Skyros town and run to Linaria, Magazia, Aherounes and the airport. Fare is around three euros per trip.

Taxis are available in Skyros town and Linaria as well as the airport, but this method of travel will cost you: about 20 euros for a trip from Skyros town to Linaria.

Renting a car or moped gives tourists the greatest freedom for exploring the island and setting their own agenda. Small cars rent for 50 to 70 euros per day, while mopeds and motorcycles are about 25 euros per day.

Things to Do on Skyros

This remains of this once-mighty stone fortress sit upon the highest point in Skyros town, and while the walls have crumbled over the centuries, the foundational architecture remains intact. The castle was built during the Byzantine era to defend the island against pirates and other invaders. An impressive marble lion is embedded in the wall over the main entrance

Within the exterior walls is the Monastery of Agios Georgios, originally built in the mid-13th century and expanded in 1602, when the main church and bell tower were completed. It was renovated in 2001 after a powerful earthquake caused severe damage to the structure. The church contains impressive frescoes and a carved wooden iconostasis, and the balcony on its west side provides a bird’s-eye view of the town below.

At the Archaeological Museum in Skyros town, visitors can view artifacts such as Geometric-era pottery, coins and jewelry recovered from an ancient cemetery in Magazia. The museum also contains a folklore exhibit with a traditional Skyrian house equipped with authentic tools, furniture and other items.

Skyros is known for its rare breed of ponies, introduced to the island by the Athenians in the 8th century B.C. Found only on Skyros, the diminutive ponies have evolved over the centuries with small bodies and heads, wide-set eyes, long manes and narrow shoulders. Thanks to their excellent endurance, the ponies are said to have been used during the military campaigns of Alexander the Great. Once abundant in the island’s southern region, the ponies’ number has dwindled to just a few hundred today, and there are several nonprofit organizations dedicated to the preservation of the species. Visitors can see the ponies up close at the Skyrian Horse Conservation Center at Mouries Farm.

About midway between Skyros town and Atsitsa, Palamari remains an active excavation site for archaeologists on the island. Throughout the last century, numerous artifacts from the ancient Neolithic settlement have been discovered, many of which are on display at the Archaeological Museum.

Renowned British poet Rupert Brooke, who died on Skyros in 1915 while fighting in the First World War, is buried on the south side of the island. His tomb sits in a peaceful olive grove and features an inscription of his poem “The Soldier.”

Due to its remote location, undeveloped character and small population, the level of light pollution on Skyros is virtually zero, making it easy to see thousands of night stars that are invisible in more developed parts of the world. When the weather is clear, you can even see the Milky Way with the naked eye.

Places to Eat in Skyros

The chef here is a fisherman by trade, so expect to sample some of the freshest seafood in town during your visit. Diners can even select a fish from the case to be grilled to perfection moments later. In addition to popular seafood entrees like grilled octopus and calamari, check out the saganaki (grilled local cheese), choriatiki salad and tart lemon meringue dessert.

Located at the Ammos Hotel, Veranda offers a refined menu with a mix of modern and traditional Mediterranean cuisine, served alongside panoramic views of the Byzantine Castle and Aegean Sea. Standout dishes include tiropitaria (Greek pie) with tomato marmalade, fava with caramelized onions, fish soup featuring the local catch of the day and eggplant with fresh tomato and feta. For a memorable finale, try the house profiterole or a dessert cocktail.

This bustling sweet shop features the cherished recipes of the owner’s mother and grandmother, with a tempting mix of traditional Greek pastries, tarts, cakes, puddings, eclairs and even ice cream. In addition to classic flavors, the shop experiments with innovative ingredients and combinations, such as whole lemons, olives and buffalo milk.

With its stunning beaches, historic treasures and warm hospitality, this remote island in the Aegean Sea offers a classic Greek getaway without the crowds and high prices of its more familiar neighbors. Plan your visit to Skyros before the secret gets out!