Ultimate Travel Guide to the Island of Tilos 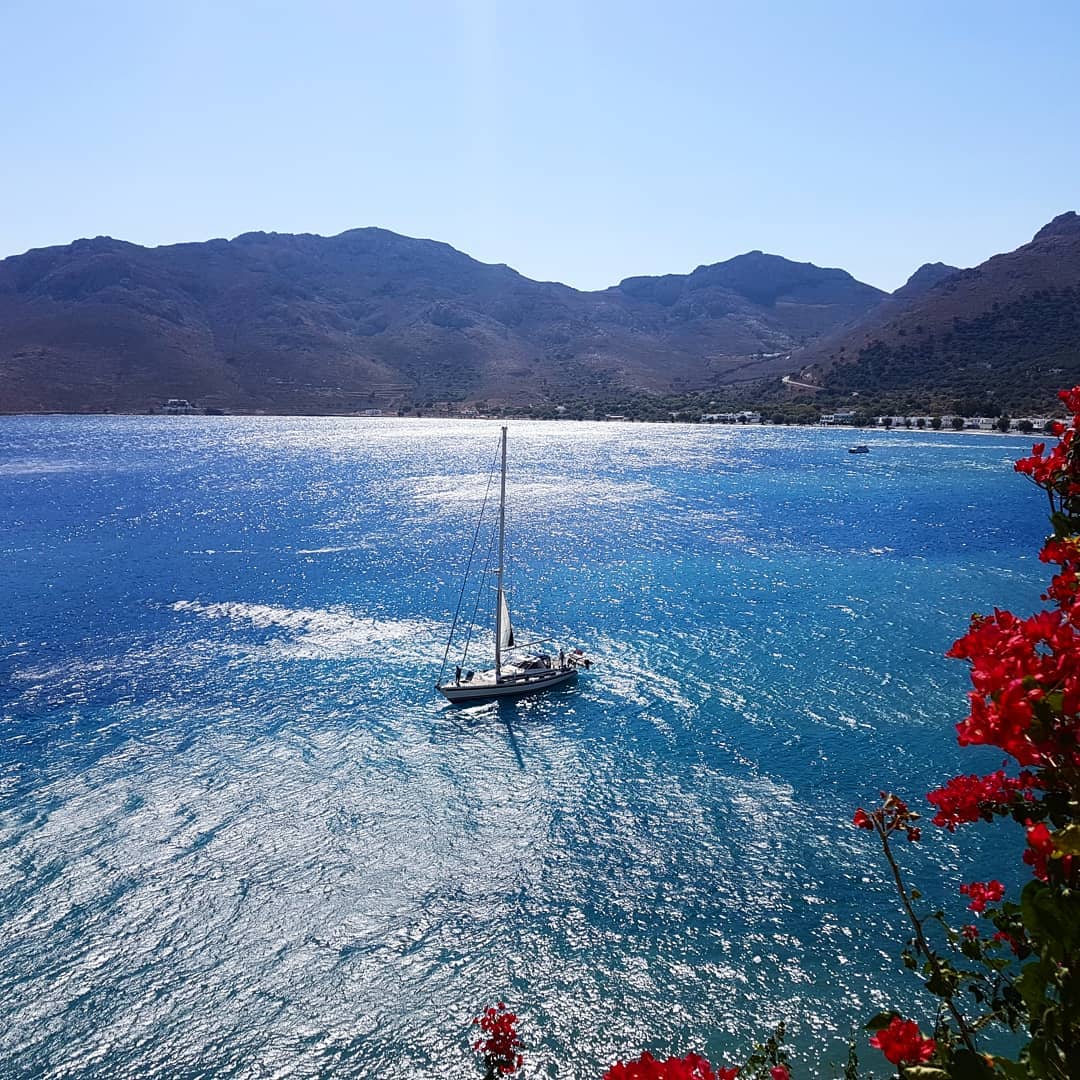 Stationed roughly halfway between the larger islands of Kos and Rhodes, the small, rugged island of Tilos offers visitors an unforgettable escape from the rigors of everyday life.

A member of the Dodecanese island chain in the southeastern Aegean Sea, Tilos has remained relatively untouched by development, with its unspoiled landscape and laid-back way of life creating a haven for travelers seeking an unstructured vacation in a natural retreat. Like its Dodecanese neighbors, Tilos features craggy limestone mountains, volcanic valleys, rich soil and coarse sand tinted red by ancient lava flows.

With fewer than 1,000 year-round residents, Tilos has a larger population of rare birds and plant species than it does humans, and yet the locals pride themselves on extending the Mediterranean spirit of filoxenia—hospitality—to the thousands of tourists arriving on its shores each year. If you’re looking for a less crowded, more free-spirited alternative to the manicured beaches of the Cyclades, consider planning a visit to Tilos.

With its tiny local population, it’s no surprise that many of the island’s restaurants and hotels only operate for a fraction of the year. For the best selection of activities, lodging and dining, the summer high season is the ideal time to visit, although late spring and early fall offer nearly as many opportunities. The busiest months on the island are May, June and July; prices are also at their peak during this time.

Weather-wise, you can expect pleasant temperatures from April through October. Spring high temperatures average between 62 and 80 degrees Fahrenheit, with relatively little rainfall. Summer temperatures can be quite warm—anywhere from 85 to 100 degrees on average—with almost no precipitation. The warm weather extends into the fall, when rain picks up a bit and average temperatures range from 68 to 90 degrees.

This tiny 25 square-mile island doesn’t have an airport, so you’ll need to catch a ferry to get there. The closest airports are on the islands of Rhodes and Kos, which receive flights from Athens and other major European cities. You can opt to take the ferry from Athens or fly to one of the closer islands and set sail from there.

Ferries from the port of Piraeus in Athens to Tilos operate roughly three times a week, but the trip is lengthy: about 17 hours each way. Taking the ferry from Kos or Rhodes is significantly less time-consuming, with these trips taking between one and two hours depending on weather conditions and the size and power of the vessel. Ferries are also available for day trips between Tilos and several of its Dodecanese neighbors, including Simi, Patmos and Leros.

Places to Stay in Tilos

How Long to Stay in Tilos

Given its remote nature and relatively small size, activities on Tilos are limited, so if you’re the kind of traveler who loves constantly exploring and seeing new things, you’ll probably want to stay four or five days before hopping to another island or visiting the mainland. However, if you’re simply looking for a peaceful place to relax and decompress in a stunning natural setting, you could easily spend a week or more here.

Most of the island’s hotels—as well as the main port—are located in Livadia, but if you want to explore the rest of the island, you have several options.

Things to Do on Tilos

Located north of Megalo Chorio village, the Medieval Castle of Tilos was erected by the Knights of St. John in the late Byzantine period. The castle was designed to hold the population of an entire village to protect its inhabitants from the pirates running rampant across the Aegean Sea during the Middle Ages.

Today, much of the original structure has crumbled, leaving only the external wall, a few cisterns and the ruins of the Church of Archangel Michael once contained within the castle. Still, it’s fascinating to explore the artifacts that remain, and its hilltop location makes it an outstanding site for watching the sun set. Just east of the castle, you can also tour the ruins of the Messaria fortress, another project of the Knights of Saint John dating back to the mid-14th century.

At the end of the island’s only major road lies the Monastery of Saint Panteleimon in Megalo Chorio. Completed in 1480, the dome-topped church is encircled by a stone wall with a three-story defensive tower on its southeast side. Within its walls stands a mighty cypress tree planted by the monastery’s abbot in 1800 as well as a thick curtain of plane and walnut trees. The monastery proper is flanked by impressive Greek columns and adorned with religious frescoes and wood carvings. In late July of each year, the monastery hosts a three-day festival marked with food, dancing and traditional music, drawing pilgrims from around the world.

About a mile south of Megalo Chorio, Charkadio Cave was discovered in 1971 and has since been the source of several exciting excavations, including Neolithic hunting tools and pottery. The cave is most famous for its animal fossils, which include turtles, deer and an unusual species of dwarf elephant thought to have gone extinct about 4,000 years ago. Scientists theorize that the dwarf elephants evolved from larger elephants that arrived on Tilos about 6 million years earlier via a land bridge from Asia Minor; stranded by rising sea waters, the elephants gradually shrank in size due to a dwindling food supply and lack of natural predators before finally disappearing altogether.

The island’s most popular beach, Livadia is located close to the main port as well as most of its hotels and restaurants. This well-developed beach features a combination of sand and pebbles and is outfitted for tourists with lounge chairs and umbrellas.

Located on the island’s northern tip, Agios Antonios beach is one of the longest stretches of sand on Tilos. The seabed can be deep and rocky in some places, so use caution when swimming. No facilities are available at this beach, although the fishing village of Agios Antonios is close by.

Not far from Agios Antonios is Plaka beach, notable for its fragrant eucalyptus bushes and the colorful peacocks that wander the area.

Mikro Chorio, once the island’s bustling capital city, is now known as a “ghost village.” After World War II, its roughly 800 residents gradually dispersed to Livadia, Rhodes, Athens, Australia and even America, leaving behind 220 empty residences that are now little more than bleak external walls. An abandoned watchtower once guarded the city’s inhabitants; climb to the hilltop to examine its ruins and you’ll get a bird’s-eye view of the town’s impressive organization and network of roads. The whitewashed Agia Zoni church, built in 1861, is the village’s best-preserved structure.

A second ghost village, Gera, is located in southeast Tilos not far from Livadia. The village was once the agricultural outpost of Megalo Chorio, fed by the nearby springs and rich volcanic soil; today, it stands empty just like its sister village.

If you visit Tilos during the popular spring and summer months, you may be present for one of the island’s major festivals, most of which feature excellent food, live music and dancing. Mark your calendar with the following religious and cultural observances:

Places to Eat in Tilos

Unlike some of its more glamorous distant neighbors in the Aegean Sea, Tilos has a rustic, laid-back vibe that matches its pebbled beaches and rugged landscape. If you enjoy venturing off the beaten path and prefer peaceful small towns to glitzy beach resorts, Tilos is the Greek island for you.