Island Hopping from Crete to the Cyclades: 6 Amazing Islands 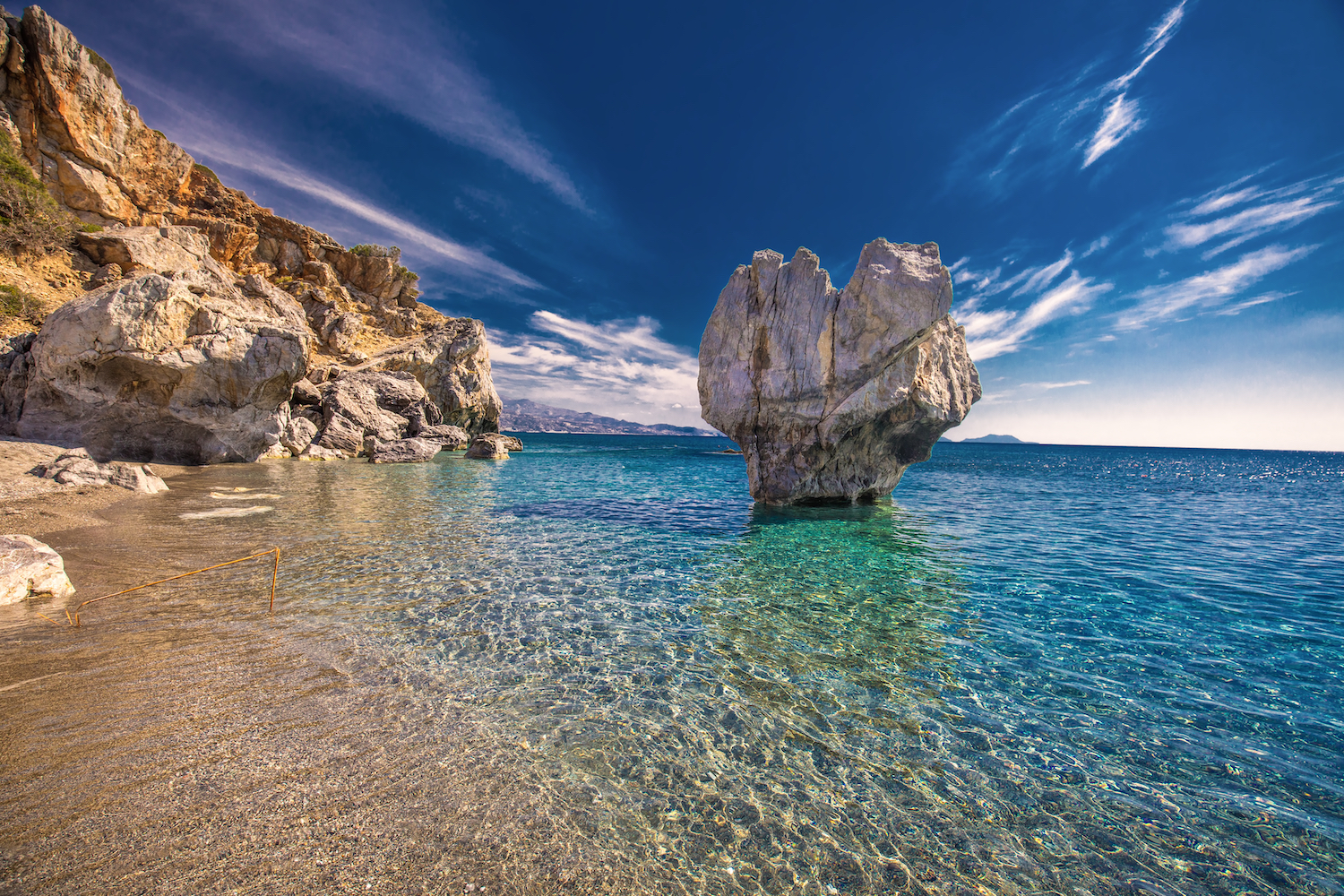 There is no such thing as a bad itinerary when you’re touring the Greek islands. It doesn’t matter if you visit the Sporades or the Dodecanese, or one of the many other large groups of islands in the Aegean for that matter, you’re assured to have a once-in-a-lifetime experience.

However, the Cyclades somehow manage to be exceptionally beautiful even by the Greek island hopping standards, and that’s definitely saying something.

Now, as far as the time needed to explore the Cyclades is concerned, you may be able to do it in just a day if you really wanted to. This is because there aren’t a lot of “must-see” sights like ancient temples or monasteries, so you can do with skipping many of other sights.

However, to really do justice to the beauty of these islands you would have to go much slower and plan a 14-day tour.

Island Hopping: Crete to the Cyclades

When planning the specific details of the tour, you will need to take different factors into consideration such as your energy, flexibility towards the vastly changing boat schedules, and the variety of sights you would want to cover.

There’s certainly one danger of going on a long tour of the Cyclades though, and it’s that you may never want to go back to the “old” world.

We will cover some of the most recommended landfalls below. You would always have the option of choosing your own retreats from there.

One of the biggest highlights of the Cyclades, this island has an addictively enticing feel to it. It would be hard to spend less than a day and an evening in the Mykonos town, walking the beautiful streets, doing some shopping, having a dinner, and just exploring the town.

There are many splendid beaches too to view while island hopping, and not visiting one of them can be a lifetime regret.

You can depart for one of the many other classical sites in the Aegean on the morning of day 2. Mykonos is known for being a transport hub and there are more than enough options of traveling to other famous places, including boats, ferries and planes.

Going south from Mykonos will bring you to Naxos. The ride would be easy in summer but not so much in the other seasons.

Make sure you land there in the late afternoon or evening. Tourists visiting it in the evening often go strolling the island before having their dinner.

Next up on your list should be the ancient place Portara, the castle, and as many of the other sights as you can get to, especially the ones in the old quarter.

The next day would begin with visiting the Archaeological museum, followed by a drive right through the mountains of the island that offer some breathtaking views.

This trip would also let you visit famous sights such as the ancient church Panayia Drosiani, the Apeiranthos village known for its marble pavements, and last but not the least, the Temple of Demeter.

Tourists with some extra time on their hand also like to go for a swim at one of the beaches along the way.

If you wanted after a break from the usual hustle and bustle of your city life, you will be glad to land in this town to the west of Naxos: Paros.

It’s quiet, it’s peaceful, but it has a wide range of delightful experiences to offer, with the legendary Hundred Doors Church being one of the biggest highlights.

Even just driving around the island would make you feel extremely relaxed and away from the busy world, but a visit to the Lefkes, a village known for its location on a lovely mountain, would be a really special experience.

The neighboring isle of Antiparos would be worth a visit during the night, which is also one of the favorites of Hollywood celebs.

When island hopping, this smaller isle is one of the more unique places you will visit with a great sense of authenticity. Tourists like to visit the beautiful Chora towns, the great beaches, and enjoy the local food.

The most highlighting part of the visit would be a trip up the highest point of the town.

The island of Santorini has so much to offer that you will feel you have not even started to explore it when it’s time to leave.

It’s an all-time favorite of the tourists so expect a lot of noise, but nowhere near enough to not make you stare in wonder at the many amazing sights like the seaside cliffs, vistas, and a wonder in itself, the Cycladic cubist architecture.

Some of the other sights include overlooking the volcanic caldera, watering holes in Fira, the Ia village, and the Museum of Prehistoric Thera.

Most tourists spend the entire third day enjoying the best swimming of their life at one of the many beaches at Perissa or Kamari.

While the sea and the mountains are certainly quite an attraction here, the real reason tourists love to visit the Crete is the mystery it has around itself being the Europe’s first civilization.

There are a few extremely rare sights here like the Palace of Knossos that take you back in time to the age when it was home to the Minoan civilization.

There are plenty of transportation options from the main hub of Crete to the other main towns like the Athens, completing your island hopping mission.