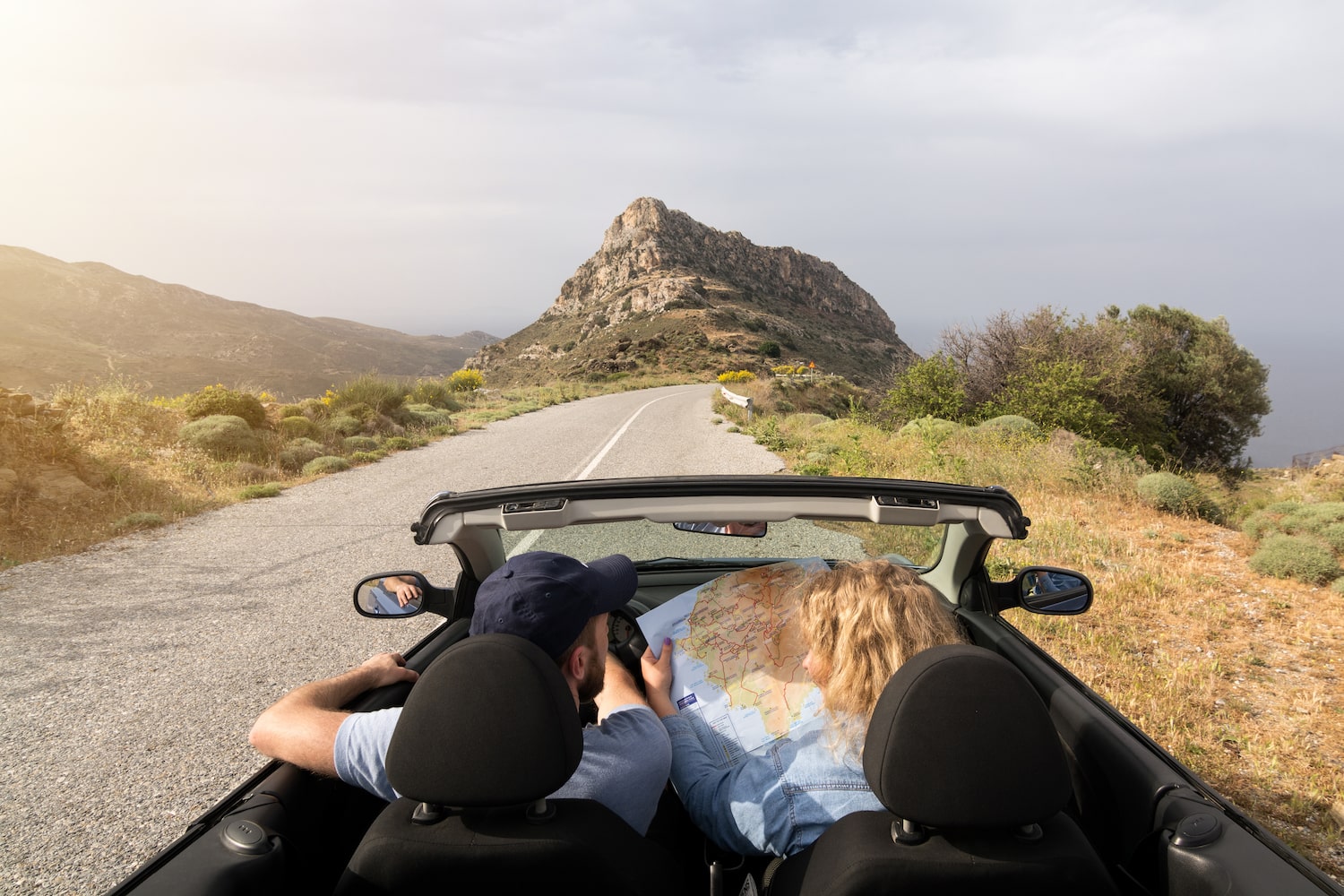 Greece’s rich history and stunning landscapes span the breadth of its borders, so renting a car may be the most convenient and cost-efficient mode of transportation during your travels there. However, driving in Greece can be a very different experience from driving in many other countries—especially the U.S.—so it’s important to know what to expect before you arrive. Keep reading for critical information that will help you safely navigate the highways, city streets and rural roads when driving in Greece.

Requirements for Driving in Greece

Greek law requires all motor vehicle operators to be at least 18 years old.

Before you can rent a car in Greece, you will need to obtain an International Driving Permit (IDP), which includes your name, photo and driver information, which it also translates into 10 languages. An IDP cannot be issued more than six months in advance of your travel dates, but try to allow at least six weeks for processing if possible. The easiest way to get your IDP is through AAA, which is one of only two private entities authorized by the U.S. Department of State to issue an IDP.

Once your car rental is complete, your basic driver’s license with photo is typically acceptable to Greek police officers should you be asked to provide it. However, if you plan to remain in-country for more than six months, you will be required to convert your U.S. license to a Greek license to continue to drive legally, and failure to do so can result in steep fines and other penalties.

When selecting your vehicle, it can be tempting to reserve the cheapest model available, but keep in mind that lower-priced rentals may not be as safe as costlier cars. Compared to its European neighbors, Greece has one of the highest rates of vehicle-related fatalities, putting you at some risk even during a short visit. While most accidents are not serious, driving a sturdy vehicle can increase your chances of walking away from an accident without major injuries. If your travels are confined to the smaller islands, a small car may suffice, but when traveling on the mainland or more popular island destinations, upgrade to a larger vehicle for peace of mind.

When picking up your rental, check it carefully to ensure that all safety features, including seat belts and airbags, are present and functioning properly. Make sure the spare tire is inflated and that you have the tools you’ll need to put it on if necessary. Give the vehicle a thorough inspection and document any dents, scratches or other damage as well as defective components like air conditioning or power windows before you leave the rental agency. Failure to report these issues may result in you being held liable for them when you return the car.

If your itinerary has you island-hopping, it’s typically easier and cheaper to rent a car on the island than to take a rental car from the mainland on the ferry.

Rules of the Road

While Greek drivers follow most of the same driving laws as drivers in the U.S. and the rest of Europe, there are a few nuances specific to Greece that you should be aware of before you get behind the wheel. Also bear in mind that breaking those laws can have harsh consequences that may include hundreds of euros in fines and potentially losing your driving privileges for 10 days to as long as six months.

Multi-lane roadways and expressways are relatively rare in Greece, with most roads consisting of one lane in each direction divided by double white lines. Some roads include a paved shoulder on the right, which is separated by one white line. However, local drivers often have no qualms about using paved shoulders as travel lanes, so be alert to motorists passing you on the outside.

Speaking of passing, drivers on busy roads engage in frequent passing, even in spots like blind curves and hills where visibility is reduced and passing may not be entirely safe. If traffic is heavy, a driver wishing to pass may tailgate you until an opportunity opens up. Your best bet is to drive cautiously and avoid responding with similar aggression.

Roundabouts—sometimes called traffic circles—are a common feature on European roads, and Greece is no exception. While American drivers may not have much experience with these traffic-calming devices, they’re actually a very safe and efficient method of keeping vehicles flowing seamlessly through an intersection without the need for a traffic signal. However, one significant difference with roundabouts in Greece is that traffic already within the circle is expected to yield to vehicles waiting to enter it. Always slow down and make an effort to merge safely into the roundabout, but remember that you have the right of way and vehicles behind you will be expecting you to move forward.

Because of severe traffic congestion in specific areas of Athens and other large cities, car access may be restricted at times based on vehicles’ license plate numbers. Rental cars are not subject to these restrictions, but drive with extra caution in these areas and watch closely for pedestrians.

Other Tips and Tricks for Driving in Greece

The following bits of advice and guidance have been gleaned from both experienced travelers and locals. While they aren’t technically codified into law, they’re helpful rules of thumb to keep in mind when you get behind the wheel on Greek soil.

For travelers who want to take in as much of Greece as possible, renting a car will give you the most flexibility for your money. Driving in Greece (or any foreign country) can be intimidating, but knowing the laws and customs ahead of time can help you safely and successfully navigate the Greek highways and byways. Follow the universal guidelines for good driving—stay alert, slow down and keep distractions to a minimum—and you’ll do just fine.