Ultimate Travel Guide to the Island of Lesbos in 2021 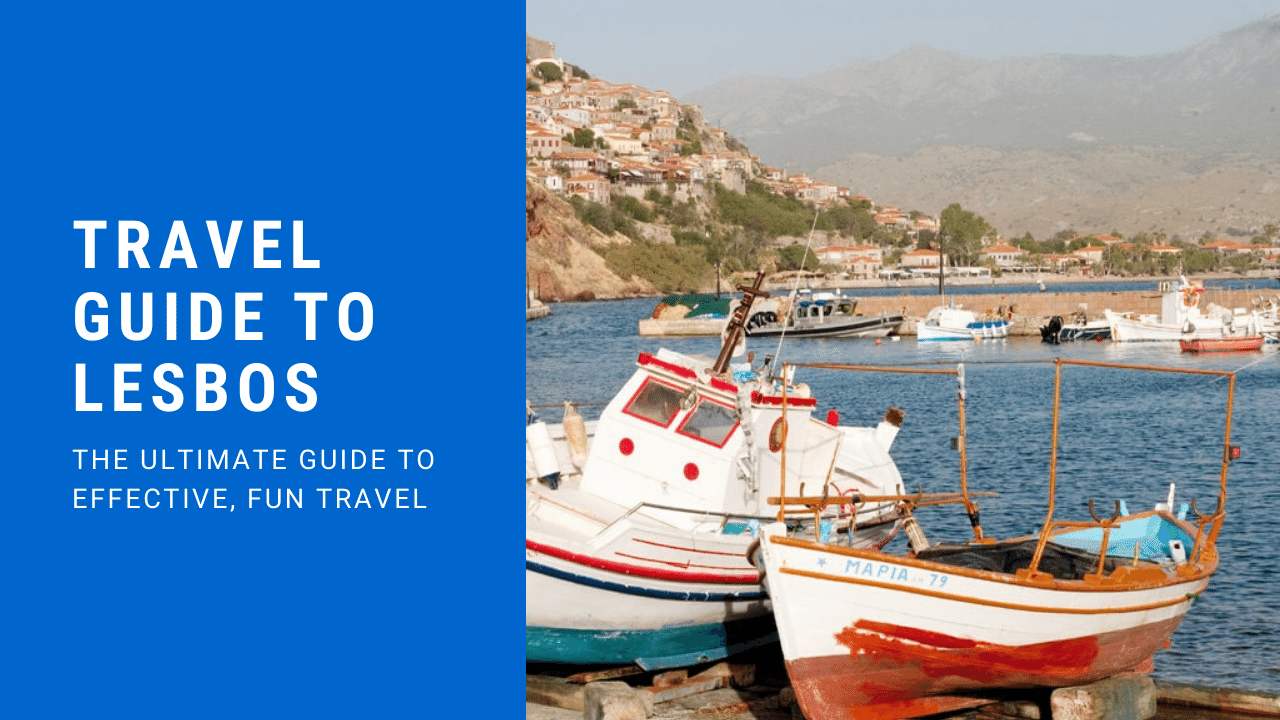 Perched in the eastern Aegean Sea just off the west coast of Turkey, Lesbos is Greece’s third-largest island. Its 630 square miles contain stunning and diverse ecosystems, from the flat, dry plains in the west to the dense, mountainous forests in the east and the tranquil sandy beaches on the coasts.

It’s a popular holiday destination for European travelers as well as tourists from around the world, who cherish the island for its charming villages, beautiful beaches and historic landmarks.

With its typical Mediterranean climate, Lesbos offers more days of sunshine than almost any other island in the Aegean Sea, making it a wonderful place to visit year-round. Each season offers its own charms, so here’s what to expect as you plan your trip:

Multiple ferries run between Athens’ Piraeus port and Lesbos each week, with frequency somewhat influenced by the season of your visit. You can also catch a ferry from the port of Kavala in northern Greece as well as from several other islands, including Mykonos, Chios and Ikaria. In the summer, a ferry runs daily between Lesbos and the port of Ayvalik in Turkey; in the off-season, it may be available only one or two days per week.

Flights from Athens and Thessaloniki arrive year-round at Mytilene International Airport, located near the capital city center. During the busy summer season, flights from Heraklion, Chios, Samos and Rhodes may also be available.

On an island this size, it’s not surprising that Lesbos has such a wide variety of accommodations, from sprawling luxury resorts to small, quaint inns. Consider booking a stay at one of these top picks:

How Long to Stay in Lesbos

Despite its size, Lesbos doesn’t offer the same level of organized tours, activities and nightlife as other Aegean islands like Santorini and Mykonos. If you don’t mind a relaxed, unstructured vacation spent mainly sunbathing and exploring the outdoors, you could easily spend five to seven days here, but its proximity to Turkey and other popular Greek islands make it a good candidate for inclusion in an island-hopping vacation. If this is the route you take, two or three days on Lesbos should suffice.

Things to Do in Lesbos

Unlike some of its more developed neighbors, Lesbos has managed to preserve a largely traditional feel, with quaint fishing villages, rustic beaches and ancient castles among the key attractions on this sprawling island. Depending on the length of your stay, you’ll want to include some or all of the following on your itinerary:

Built in the mid-13th century on top of a tree-lined hill, the Castle of Molyvos is a multilevel structure featuring imposing walls, coats of arms and other decorative elements. The castle was renovated several times over the centuries and still bears the influences of Turkish and Italian invaders in its design. The castle is open to the public daily and hosts concerts, lectures and other cultural events during the summer months.

This highly-fortified castle is believed to have been constructed by the Byzantines in the 5th century to defend the city from the pirates that roamed the Mediterranean. Like the Castle of Molyvos, this castle was renovated by Ottoman and Genovese conquerors.

Located on the western side of the island, the Petrified Forest of Lesbos was formed 20 million years ago when a massive volcanic eruption blanketed the region in lava and ash. At more than 100 square miles, it is believed to be the largest petrified forest in the world, with fossilized trunks and roots up to 50 feet long and 10 feet in diameter dotting the sandy landscape.

Tour the World of Ouzo Museum in Isidoros Arvanitis, where one of the most famous brands of Greece’s national beverage is produced. Visitors will witness the distillery process from raw ingredients to bottling and see a collection of ouzo artifacts and antique distillery equipment.

Located in the capital city of Mytilene, this two-building complex houses artifacts from excavations throughout the island, including fragments of ancient temples, statues, coins, jewelry and more.

This picturesque structure is perched atop the highest peak in the Ordimnos Mountain Range, overlooking the village of Andissa. Founded in 800 A.D., the main structure was erected three centuries later and survived repeated raids by the Ottomans.

Inside the monastery, visitors can examine several large Byzantine icons as well as jewel-studded crosses, historic manuscripts and other interesting relics.

Roughly 200 caves are scattered around the island of Lesbos, many of which have never been explored. Ancient pottery and other artifacts have been discovered in the largest cave, Magaras, which is near Mytilene and is thought to have been used as a primitive worship site.

The cave of Agios Ioannis in Thermi features two marble-lined corridors, and several ancient tombs have been discovered inside. Other notable caves include the cave of Agios Vartholomeos in Taxiarches and the Cave of Glastra in Agiassos.

The beaches of Lesbos are the island’s crown jewels, with some offering bustling crowds and organized activities and others providing secluded retreats.

Given the size of the island, you’ll want to give serious thought to your transportation options as you plan your trip.

If you’re looking for a rustic, relaxed destination among the Greek islands, it’s hard to go wrong with a visit to Lesbos. Its sandy beaches, lush olive groves and rolling hills will appeal to nature lovers, while history buffs will enjoy exploring its historic castles and ancient caves.

Whether you’re building an island-hopping itinerary or are looking for a singular holiday retreat, don’t miss out on this somewhat underrated Aegean gem.